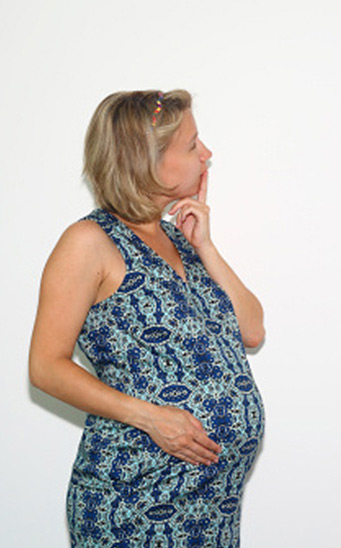 Over time, popular culture has created a set of topics around pregnancy that, in most cases, have no scientific basis. In consultations, many women ask their doctor if it is harmful to have sex, eat sausage or even dye their hair. What is true in these beliefs?

Should the pregnant woman eat for two?

Pregnant women must eat a balanced diet , based on the moderate consumption of all kinds of foods. This includes dairy, eggs, pasta, legumes, fish, and meat, as long as your fat intake is taken care of. Therefore, unless the pregnant woman has a previous pathology or develops diabetes or hypertension during pregnancy, there is no prohibited food .

Regarding sausage , doctors advise future mothers not to take it due to the risk of contracting toxoplasmosis , an infection that can later affect the baby. However, toxoplasma is a very weak protozoan that does not resist healing processes, so it should not pose any danger to the pregnant woman or the fetus if fresh or raw meat is avoided in the first sausages after slaughter. In the event that this risk is found, it is recommended not to consume loin or ham, in addition to properly washing the vegetables.

How many kilos can I gain?

Traditionally it has been said that the pregnant woman should not gain more than one kilo per month, but this is not totally true for all cases. The appropriate weight during pregnancy depends on the size that the woman was before she became pregnant , so it is the specialist who must establish the figure.

However, as a general rule we can say that it is permissible for a pregnant woman to gain weight up to 14 or 15 kilos and it is recommended that she not exceed 9 kilos if she already had significant obesity. In any case, it is paradoxical that women who are overweight do not tend to gain many kilos during pregnancy.

Is caffeine harmful to the fetus?

Caffeinated drinks should be consumed in moderation during pregnancy and it is not advisable to go over a cup of coffee or tea or a cola drink a day. The reason is that caffeine crosses the placental barrier and can reach the fetus, causing problems with restricted fetal growth and a higher incidence of premature birth.

In addition, if the intake of this stimulant is very high, the child may suffer a withdrawal syndrome similar to that suffered by babies of drug-dependent mothers.

The fact that women have sexual intercourse during pregnancy is not negative for the mother or the fetus, as long as there has been no threat of abortion during the first trimester, in which case abstinence is recommended during this phase of pregnancy.

However, it is recommended to avoid sexual contacts the fifteen days before the probable date of delivery. The reason is that, during this phase of gestation, the cervix begins to detach and the mucous plug ceases to be a protective barrier. In this situation, intercourse can transport microbes and bacteria up to the amniotic sac and cause infections.

On the other hand, pregnant women may experience, in the seventh or eighth month of pregnancy, uterine contractions after having sex with male ejaculation. This occurs because the seminal fluid contains substances capable of causing uterine contractions. These contractions do not cause labor, but the woman may notice a hard gut in the minutes after intercourse.

Can I tell if it is a boy or a girl by external signs?

When a woman is pregnant, all kinds of hypotheses are made about the sex of the baby based on the shape of the gut : it is said that if it is beaked it is a boy and if it is flat it will be a girl. However, there is no scientific basis that can explain this widespread topic. Likewise, the fetus’ movement index is not an indication of the sex of the future child, nor is it true that the burning means that the baby will be born with a lot of hair.

Can you do sports during pregnancy?

Provided that the woman has a normal pregnancy, light physical exercise such as maintenance gymnastics is highly recommended. It is also advisable to practice swimming – since the buoyancy of the pregnant woman and the little resistance offered by the water make it an optimal activity – and to go for a walk , especially indicated for the last days, in which the volume of the woman hinders her movement .

In the event that there is a risky pregnancy, all physical activity will be suppressed and it will be advisable to maintain a calm life, not to gain weight and not to make great efforts.

Is it bad to dye your hair?

Through studies carried out by health professionals in collaboration with hairdressers and beauty centers, it has been shown that the chemical substances in dyes do not have any harmful effect on the fetus or on the pregnant woman.

In any case, allergies or other adverse reactions to these products can occur, which also occur when the woman is not pregnant. To prevent these situations, it is advisable to use natural dyes .

Do you have breast milk from day one?

Milk production is regulated by a hormone called prolactin , which begins to increase its secretion from the moment there is a pregnancy tissue. This increase in prolactin anatomically modifies the milk ducts and the nipple and secretes colostrum , a liquid similar to milk, but more transparent and diluted and with a poorer composition. Colostrum can appear as early as the second month of pregnancy , although there are women who do not secrete it until the eighth month.

Air travel is not contraindicated in any phase of pregnancy , since there is no harmful effect from pressure or from landing or taking off. However, airlines only allow healthy women on board until the eighth month and require a doctor’s authorization after this date. This measure is taken because of the fear that the woman will go into labor on the plane, not because there is some risk.

The doctor has told me not to do impact exercise …

On the trail of Maffiuletti

What Science Says About Weight LossBy

Can you help prevent Alzheimer’s

EMS as a recovery method