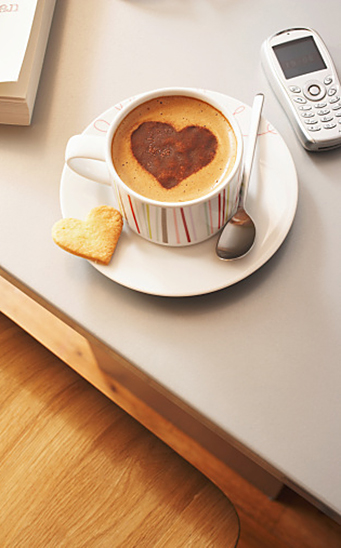 Coffee is an infusion obtained from the roasted and ground seeds of the coffee plant ( Coffea ) native to tropical countries. It is one of the favorite stimulant drinks in Europe and the United States . It is an everyday thing to drink coffee at the beginning of the day, at breakfast, when taking a break in our daily activity or at the end of a meal.

Although more than a hundred species are known, they are basically two varieties, the most consumed and appreciated . Arabica coffee , originally from Brazil, Colombia and Kenya, is the most appreciated and valued for its delicate aroma, low acidity and low caffeine content. Robusta coffee , produced in Angola, Uganda and the Ivory Coast, has a stronger and astringent aroma and a higher caffeine content. It is considered that a cup of arabica provides between 50 and 100 mg of caffeine while a cup of robusta contains 120 and 250 mg of this substance.

What does a cup of coffee give us?

With coffee we enjoy a pleasant drink due to its characteristic aroma and flavor that at the same time stimulates us, however, its nutritional value is practically nil. As it is an infusion, it mainly provides us with water, little protein, fat and carbohydrates in insignificant amounts, some niacin, magnesium and it is relatively rich in potassium.

Its most characteristic component is caffeine, which exerts its stimulating action on the nervous system, stomach, heart and kidney. The amount of caffeine depends on the variety of coffee as well as the brewing and preparation system used. The caffeine content of a coffee can range between 2.8 and 4.6%, while decaffeinated coffee only contains about 0.1%.

What are the effects of coffee on the body?

The effects of coffee on the body are due to the presence of caffeine that acts quickly and whose action can last from 3 to 6 hours , depending on each person, age and degree of habituation. In general, its effects are:

There has been talk of the possibility that coffee raises cholesterol levels , but there is no scientific evidence to prove this hypothesis and in any case it would depend on the dose consumed. Neither have its possible adverse effects been scientifically proven as a risk factor for osteoporosis, breast or bladder cancer, or heart disease.

Either way, two or three coffees a day do not pose any problem for the body for a healthy person. However, on occasions, its excessive consumption can cause physical dependence that manifests itself with headache, nausea, fatigue, lethargy and anxiety, but these are reversible symptoms that disappear when you stop taking it.

When should we avoid coffee?

As a precautionary measure, its consumption should be limited or moderate in case of: hypertension, anxiety and insomnia, gastrointestinal diseases (gastritis or duodenal ulcer), and pregnancy or lactation , since caffeine is capable of crossing the placenta or passing into milk. and the child can receive very high levels of caffeine.

Diaphragm, what role does it play in breathing

The best diet to lose weight

How old is kyedae : Kyedae age: Who is kyedae? Age, Education, Twitch, YouTube and additional

What are the healthiest Chinese foods

Best Smart Thermostat for Your Home